skip to main | skip to sidebar

The 2009 version of the Hawaiian Shirt Shorebird Safari to South Beach in Chatham, MA for the Brookline Bird Club was well attended this year. 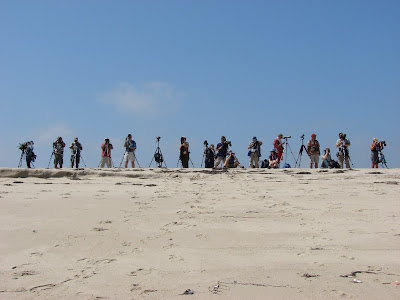 The above picture of the group looking out at the ocean was taken by our friend Kelly, actually taking it below. 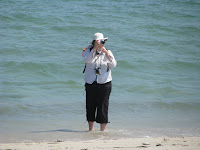 We saw some target shorebirds immediately upon landing at the south unloading point. Flying Wimbrel and Roseate Terns to name a few. 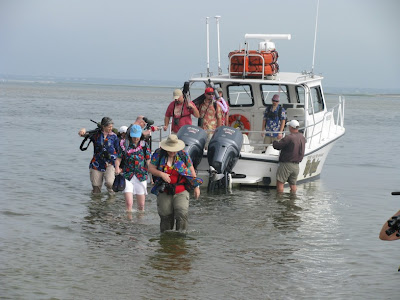 We soon saw a bunch of Hudsonian Godwits and a few Marbled Godwits. It is always good to have both in the same location to highlight the differences for identification.


There was a point where the wind picked up and the resulting mixing caused a temporary heavy fog. We stopped for lunch at that point and waited for it to burn off.


All in all we got some great looks at the species that were present. I checked the tide tables and next years version will be tentatively scheduled for August 7th.